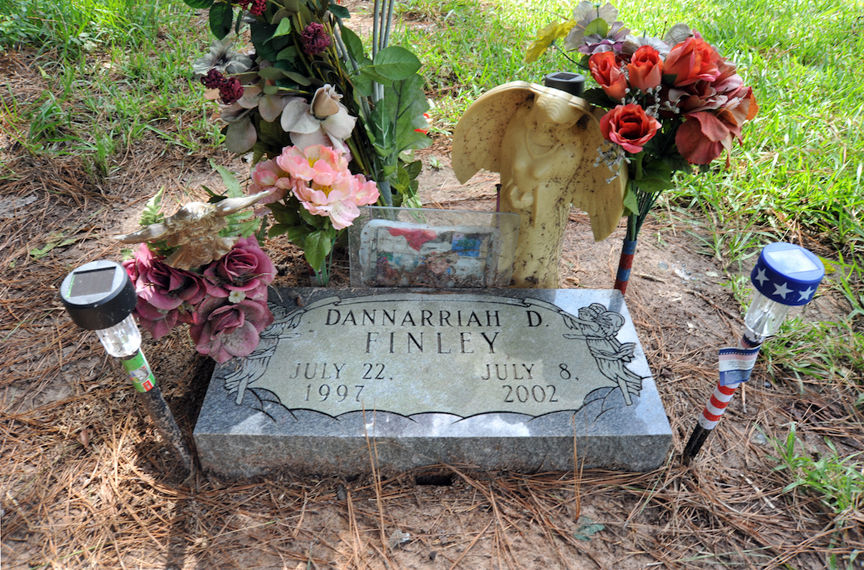 A day ago, the nation came together to celebrate 4th of July. Communities across the country rejoiced at firework displays while large parades strolled down Main Street.

But for a family in Orange, Texas, 4th of July, marks another year gone by and still no answers of what happened to little Dannarriah Finley.

Finley was abducted from her bedroom in the middle of the night on July 4th, 2002. Her mother discovered Finley had been taken and went to the neighbors. The community band together and formed a massive search, but they found no trace of Dannarriah Finley.

Four days later, the Orange Police Department received a call about a dead body on Pleasure Island. Dannarriah Finley was found by a pipeline worker who phoned law enforcement.

Her remains were discovered in an area exposed to wildlife. Despite the harsh conditions, homicide detectives were able to collect evidence. DNA was obtained from several clothing items.

Mark Blanton was the assistant chief at the time. On the twentieth anniversary of the murder, he spoke to the News. He said Finley’s unsolved murder haunts him till today.

“I did not want to retire without that case being solved. I still think it’s a solvable case,” said Blanton.

And yet even years after testing the DNA, the Orange Police Department says it doesn’t have a murder suspect. However, the case remains open and detectives remain hopeful that with new DNA testing advancements it’s only a matter of time before the killer is found.

“We are at a point where we are waiting on new technology or new investigative measures that may assist in the investigation,” said Nick Medina, detective with the Orange Police Department.

In late 2019, the department sent old evidence to be re-tested. The lab might be able to extract additional DNA from an old sample. The process takes time and thus far, law enforcement has not received the news they hoped for.

But no one is forgetting about little Dannarriah Finley. On the contrary. While officers continue to wait for science to help unlock the DNA, they believe more than one person was involved in kidnapping and murdering the girl.

Everyone agrees that the folks that were involved in this absolutely talked to someone else. They did not keep this a total secret,” said Brandon Bess, a Texas Ranger investigator. “We believe multiple persons at least know about this, and that there’s somebody out there they can bring us that little piece of information that, you know, they may not think it’s important, but it is.”

If you have a tip or know someone who might, the Orange Police Department is soliciting help from the public. You can call crime stoppers at 409-833-TIPS. If your tip leads to an arrest, you might be eligible for a cash reward.